Young Polish architects and Georgian architecture students designed and built a pyramid – an object serving as an example of inclusive architecture, within the framework of the workshops. Residents of TEMI Community center actively participated in the building process.

The center for excluded people in Gremi, Kakheti, Georgia – TEMI Community hosted architecture workshops ‘SO EAS+Y’, as a part of the project realized by Development Policy Foundation entitled: ‘Genuine common space: interventions of young Polish architecture studios for inclusive culture’, financed within the programme ‘Promoting Polish Culture Abroad 2016 Promesa’ of the Ministry of Culture and National Heritage of the Republic of Poland. The workshops were conducted by the architects of + 48 Architecture Group.

Architects Karol Szparkowski and Kamil Miklaszewski, along with the architecture students from Tbilisi, designed an installation set in the local context. Its main objective was to engage local community in creation and use of common space.

This concept of work turned out as a success: TEMI inhabitants – people with fewer opportunities, socially excluded and mentally challenged – participated actively in the building process. The collaboration with workshops participants gave TEMI inhabitants a sense of being helpful – which enables overcoming barriers and acceleration of social inclusion process. On the other hand, their interest and engagement show the need of realization of such initiatives and their pertinence. 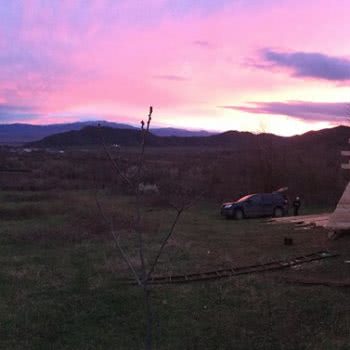 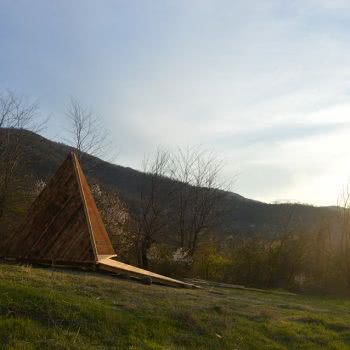 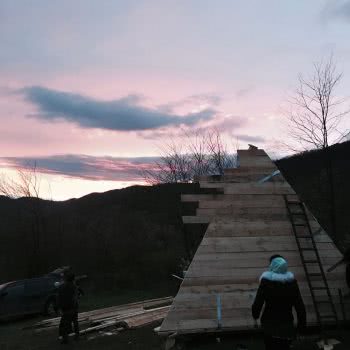 Everybody took a task which (s)he was able to do – younger and older inhabitants of TEMI center sawed boards, hammered nails, wore stones. Even smallest tasks were of huge importance for them – that gave the sense of belonging to the team and co-responsibility for the work result. In that way, they perceive the object as designed and created for them – which they want to use and care for.

The building process began with the choice of exact location of the object and setting of the triangular base, supported by the stones. Subsequently, the frame and walls were set, with use of wood only, which was then burnt for conservation. The object was equipped with Sun clock and sky map, for education purposes.

The workshops’ formula, leading to realization of the designed project, was a valuable experience for Georgian students. Those architects in spe had a rare opportunity to verify in the designed conception in practice and to participate directly in its realization.

Additionally, the collaboration with TEMI inhabitants was another value for the students. Youth from Tbilisi rarely has the chance to meet people of excluded groups, which is an issue related with certain social taboo. The awareness of functioning of the institutions for these groups is also poor. Overcoming the awareness barriers, perception of excluded people without prejudices, cooperation based on partnership was valuable for both sides and helped to improve the social acceptance.

The effect of intensive 4-day work was creation of a pyramid of open shape, light, not bound permanently with the ground. Its location on the hill allows to see the building from the opposite hill with the historic church of Gremi. Respectively, from the building site the whole neighborhood is clearly visible.

The object is multifunctional – its use depends on community needs: can be a solitude, resting or meeting place open anytime. This realization is an example of inclusive architecture possible to adapt on rural areas of Georgia.

The workshops’ results were presented on the conference which took place on Technical University of Tbilisi, as a starting point to the discussion on quality and accessibility of public space in Georgia. 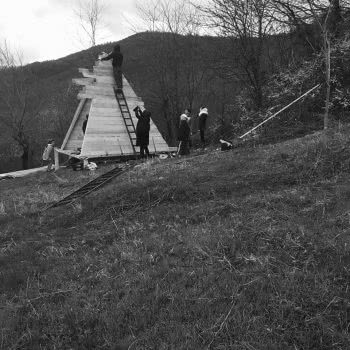 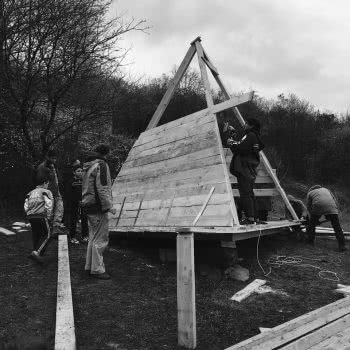 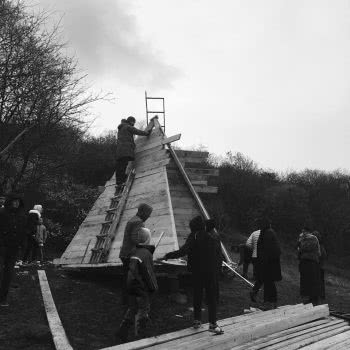 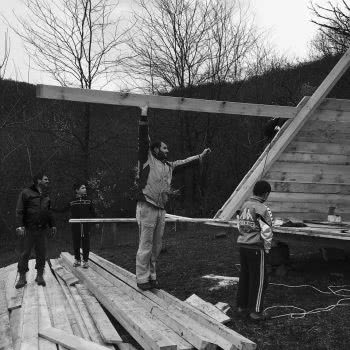 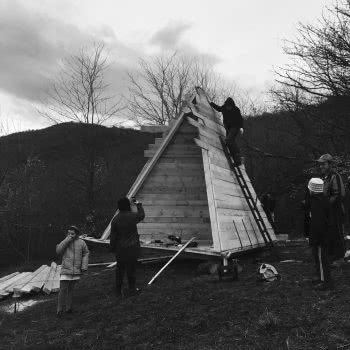 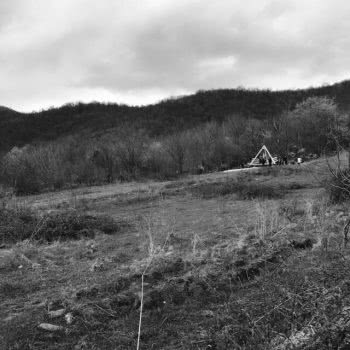 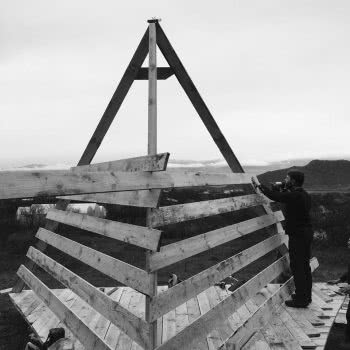 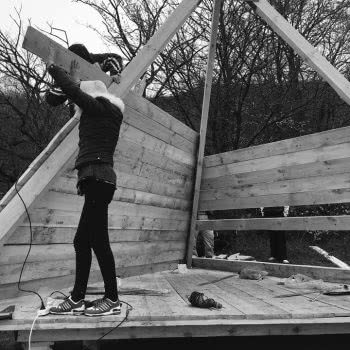