A modern, ecological playground was created in the multi-ethnic and culturally diverse suburbs of Tbilisi as a direct result of an extensive, model consultation process. The concept of the project was elaborated and implemented by Development Policy Foundation to not only test but also to demonstrate the value & practical meaning of most innovative methods of public consultations in the specific situation of the multicultural neighborhoods of Georgian capital city. Joint community action followed – intervention in the public space, undertaking problems reported by the area residents, once the consultation process was completed. 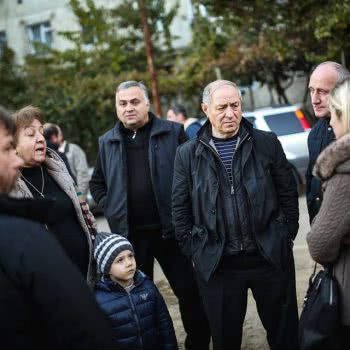 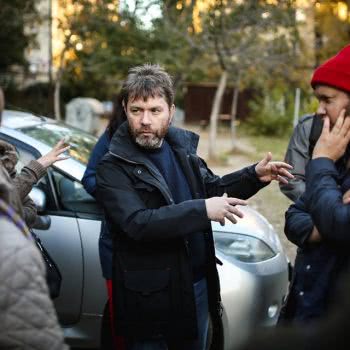 As part of the project, an online consultation tool based on the city district map (along with the automatic GPS function) and photos  was developed and tested, offering the residents opportunity to quickly alert of noticed urban space problems using own mobile phone with a camera. Most frequently reported problems were related to the degradation of urban greenery, lacking space for relaxation and very often destroyed playgrounds threatening the safety of the children. Chosen for the intervention highly neglected residential district near the Khomleli street became a location of an ecological city game organized by the German partner of the project UFU (Independent Institute for Environmental Issues) for children and youth, which in a playful way investigated the ecological problems of the modern cities: energy efficiency, water management and risk of landslides.

Thea area was completely transformed in the architectural workshop with the participation of Polish and Georgian students of architecture and coordinated by the Warsaw based design group +48. Modern wooden platform with the climbing tower for children was constructed as a central element of the playground, swings were installed, benches and tables were adapted to the needs of elderly and disabled and overall safety and accessibility of the area was improved. The whole intervention took only five days. Varketili: Urban Action LAB was one of the Development Policy Foundation’s soeas + y projects that use an architectural workshop as an effective social capital boosting working method – ensuring residents involvement with added educational value for students as a future urban space change maker.

Project was financed by Solidarity Fund PL within the frame of Support for Democracy Program 2016.